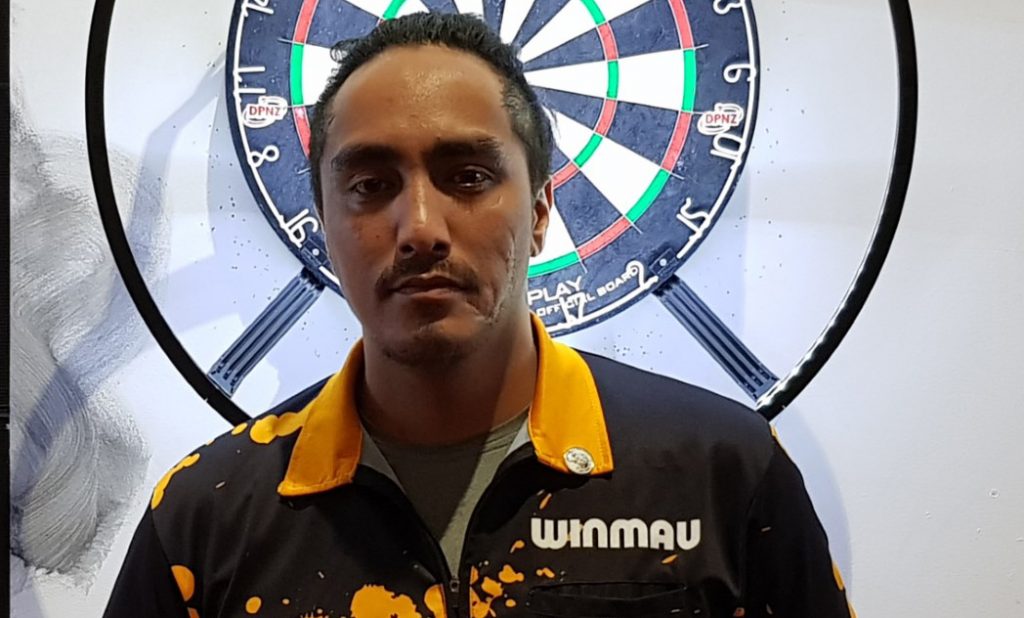 24 Players qualified for Knockout Play, with a real quality field including some of our young up and coming players.  There was a great battle between Nicole Regnaud and Cory Horne with Cory taking out the match 4 legs to 3.  There was a real battle for two Cantabs Brett Gardiner and Mike Keen with Mike Keen coming out the victor in the final leg.  It wasn’t to be John Hurrings day getting beaten 4 legs to 3 in another close match by Craig Caldwell.

In the top 16 round Landon Gardiner disposed of Jonny Tata in another nail biting match winning in the last leg to take the match 4 legs to 3.  Young 14 year old Jack Sheppard played a blinder of a match to beat Mary-Anne Teinaki 4 legs to 1.  Youth player Kayden Milne played Craig Caldwell beating him 4 legs to 2 with some of the best darts we have seen young Kayden play.   Warren Parry narrowly won against Gary Boyland in another close match in the final leg, eventually winning 4 legs to 3.

The Top 8 was a whose who of NZ darts with Ben Robb defeating Landon Gardiner 5 legs to 2.  Mark Cleaver taking on Jack Sheppard and beating the youngster 5 legs to 3.  Darren Herewini wiped the board with Mike Keen in an impressive 5 legs to 1 win.  Warren Parry had a real battle on the board with Kayden Milne, but the experience of Warren came through in the end with Warren winning 5 legs to 3.

In the Semi Finals Ben Robb played outstanding darts to defeat Mark Cleaver 6 legs to 3.  Darren Herewini continued his great form of the day disposing of Warren Parry in a nail biter winning 6 legs to 3.