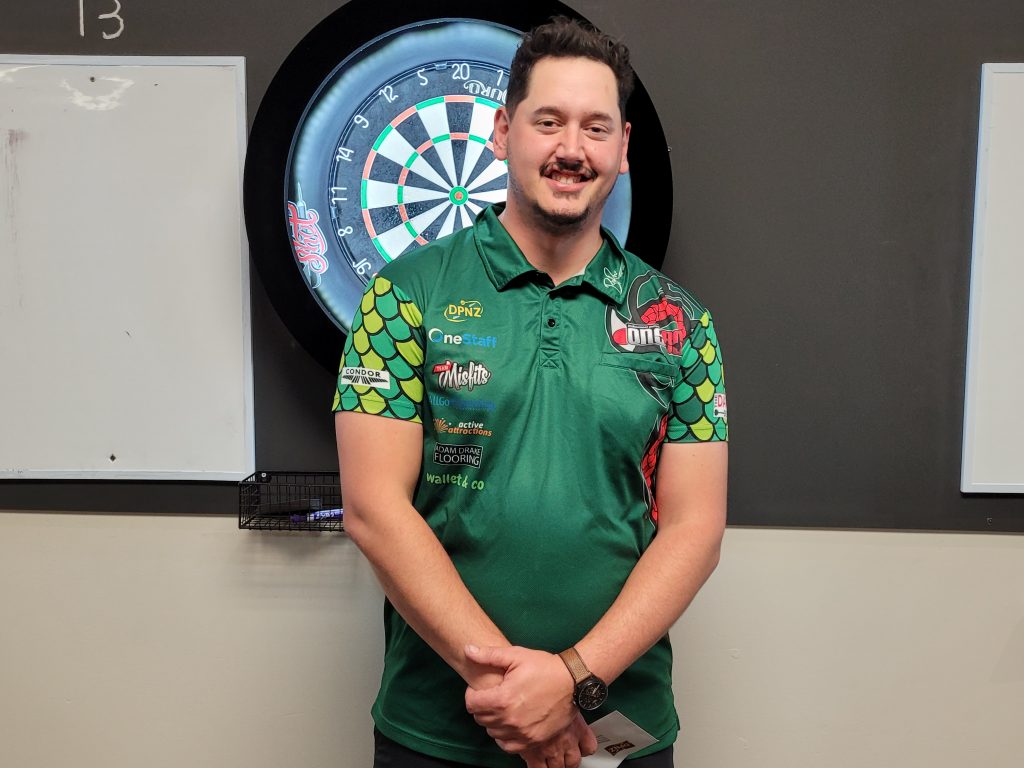 23 Players qualified for Knockout Play, with a great field of players.

In the top 16 round Ben Robb was methodical in his match against Simon Lancaster winning 4 to 1.

Hamiltonian Stu Irwin had a great win over Tukina Weko winning 4 to Nil.

The match between Hipi Tewhakaara and Darren Herewini was good to watch with some great darts between both with Darren the victor 4 to 2.

Young up and comer Kayden Milne played Freddie Granada and battled it out leg for leg with Kayden the victor 4 to 2.

Mark Cleaver was dominant in his defeat of Bernie Smith winning 4 to 1.

John Hurring lived up to his nickname the Danger by firing up and playing the darts we know he is capable of defeating Alan Skayman 4 to nil.

Jamie Roberts played Jimmy Samuels, it started off with Jamie up two legs to nil then Jimmy came back at him evening things up. A great battle ensued and Jamie came out the victor winning 4 to 3.

The Top 8 was a showing of NZ darts top players

Kayden Milne played Stu Irwin in a great match of skill. Kayden was up 3 legs to nil and Stu came back levelling the match to 3 legs all. Both played some fantastic darts with the youngster taking the match 5 legs to 3.

Darren Herewini was dominant in his defeat of John Hurring winning 5 to nil. John just couldn’t catch a break.

Mark Clever was up against Warren Parry, winning a leg each, and then Warren was smoking along 4 legs to 1 up. Mark Cleaver came back and levelled the match up to 4 legs all. Mark Cleaver was the victor winning 5 legs to 4.

Semi Final time and Ben Robb played Kayden Milne. Ben took out the first leg and Kayden the second. Ben followed up with the third, fourth, fifth, sixth, seventh and the match 6 to 1.

Finals time and Ben Robb was up against Mark Cleaver. Mark Cleaver won the bull and threw first. It was a great match up with both players going leg for leg. Ben broke Mark taking the last two legs and the match 7 to 5.